You are here: Home / Charis Newsletter / The Joy of Meeting Again …

25 years have passed since God entrusted us with a mission. At times it was hard, we felt useless and incapable and other times we wondered: why us? We have had only one certainty in this whole time: God’s word « I will be with you ». In all these years of serving, His presence has been our solace, our power, our hope, our impulse, our solution when we faced problems. We praise Him for all the care and power He has given us to fulfill the mission with which He has entrusted us. We worked during a time of profound economic, social and cultural, political, and religious changes. It was a time in which many people had been affected by poverty, sickness, and social conflicts. During such a period, we began taking Christ to the community through practical actions.

We have seen that there are people, groups, and communities around us living with no hope or help. In the light of this reality and being driven by what Mother Teresa said (God made the world rich enough to feed and clothe every human being),we would love to help and give hope to all those in need. The reality though is that we are just a speck in this world and that our actions are limited by the resources and the place we are called by God to serve in for a while. We are grateful to God for all the things we were able to achieve during these years. Like Mother Teresa once said we ourselves feel that what we are doing is just a drop in the ocean. But the ocean would be less because of that missing drop.

This is the context in which, at the beginning of June, we met again with those who have been a part of our mission (some for a longer period of time, while others for a shorter time). Former farm employees that toiled for 15 years for every plant, tree, or pig. Some of the 24 orphan boys who started their reintegration into society by attending Charis ‘school’. Businessmen who were trained and helped through our 1993-1998 program to develop their own small businesses. Volunteers, friends, and partners who have been a part of our ministry.

It was a blessed meeting (25th Charis Anniversary) in which we were able to honor the One who made our mission possible. At the end of 25 years of mission, we can say as the Apostle Paul said: Praise be to the God and Father of our Lord Jesus Christ, who has blessed us in the heavenly realms with every spiritual blessing in Christ. (Ephesians 1:3)

We continued our program of distributing a warm meal and staple foods through WARM MEAL FOR THE POOR project. This is a project through which we serve twice a month 40 people (homeless, poor families, people without hope). There have been numerous times when these people, who have benefited from our ‘opened hands’ have started crying at the sight of food.

We continued to go and serve periodically at an after-school program from a Gypsy community from Batăr. We talked to them about the history of Joseph and Moses. We encouraged them and brought them food and sweets. We were happy to have around 50 children every meeting.

GIVE AND YOU WILL RECEIVE

A program through which we organized several projects. The first project, Gifts for the Needy – through which we distributed staple foods to 140 people (homeless, poor families with many children). The second project, Helping Sandu – though which we helped a man with poor financial resources to buy a door for the house he lives in. The third project, Give a Goat – we gave to a poor family in Dicăneşti a billy goat and a goat in order to provide milk for the children.

We were happy to receive in Charis Center two groups of children (and their parents) from Emmanuel Baptist High School. They spent the weekend here, they played, ate, and socialized. There were over 100 children and parents involved.

First of all, we put the floor tiles in the basement and the stairs going to it. Second of all, we worked on the children’s playground: we repainted the wooden animals and created special stairs for the children. In the third place, we maintained the green spaces clean every month (grass, flower gardens, and trees) for approx. 3000 square meters.

A strong storm hit Charis in June 2016 destroying the greenhouse. In order to cover the costs or replacing the glass and reinforcing the structure, we need a minimum of 3500 Euros. 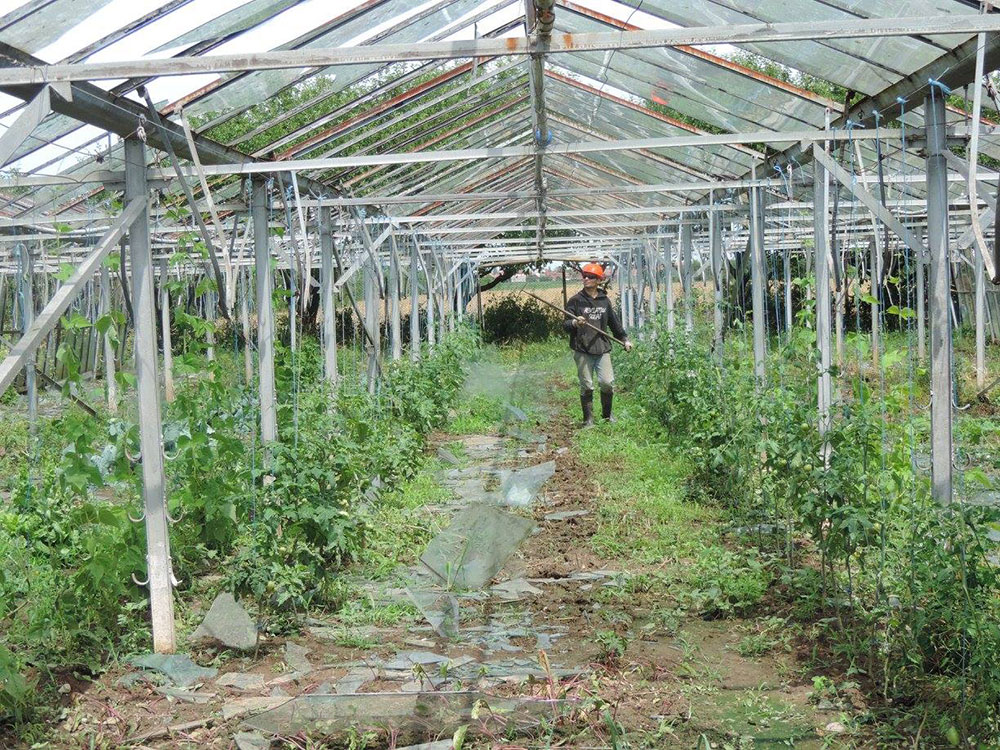 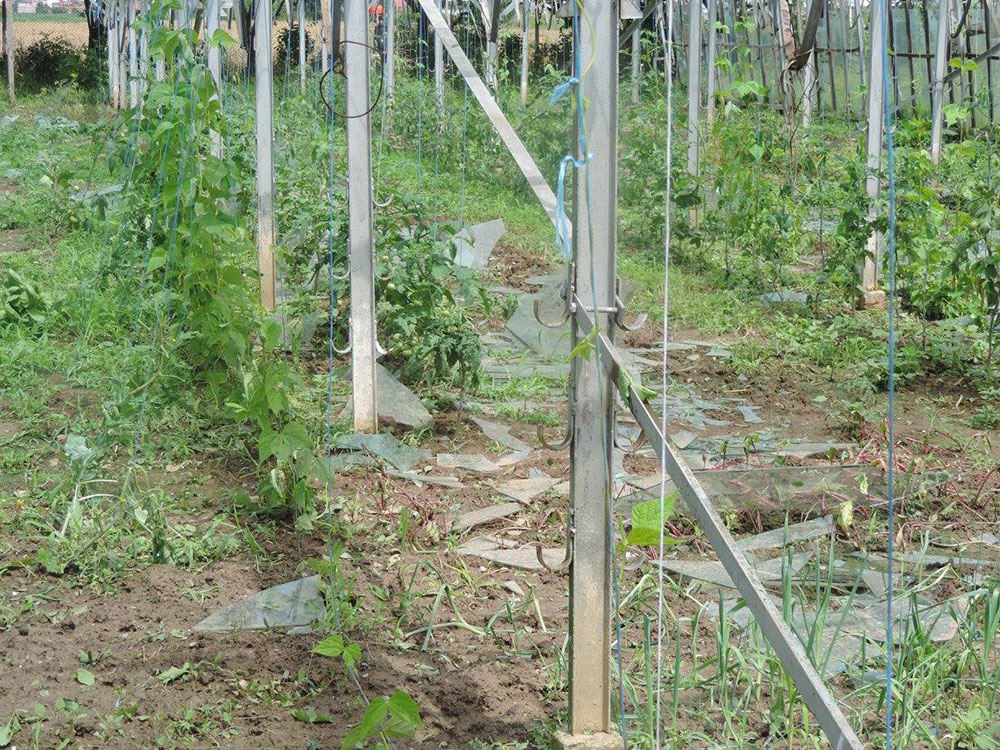 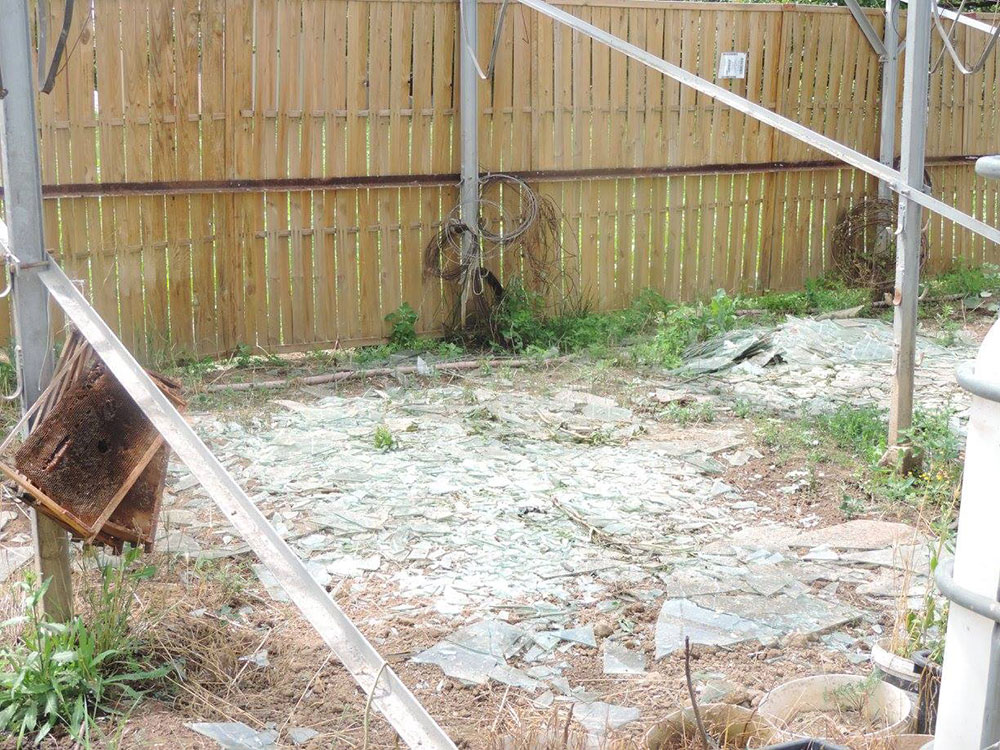 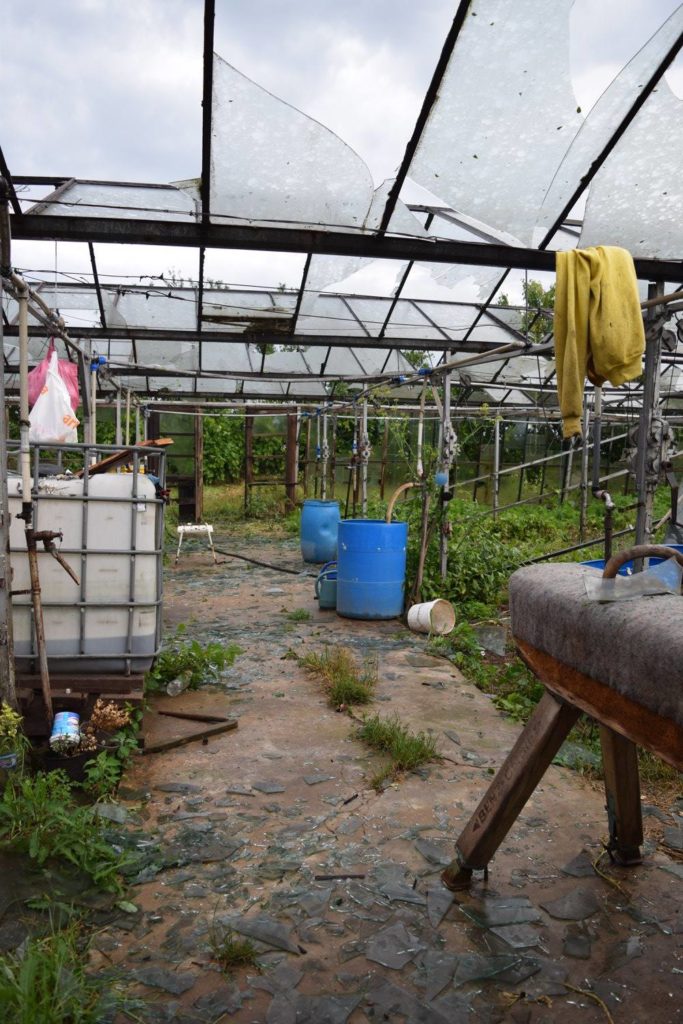 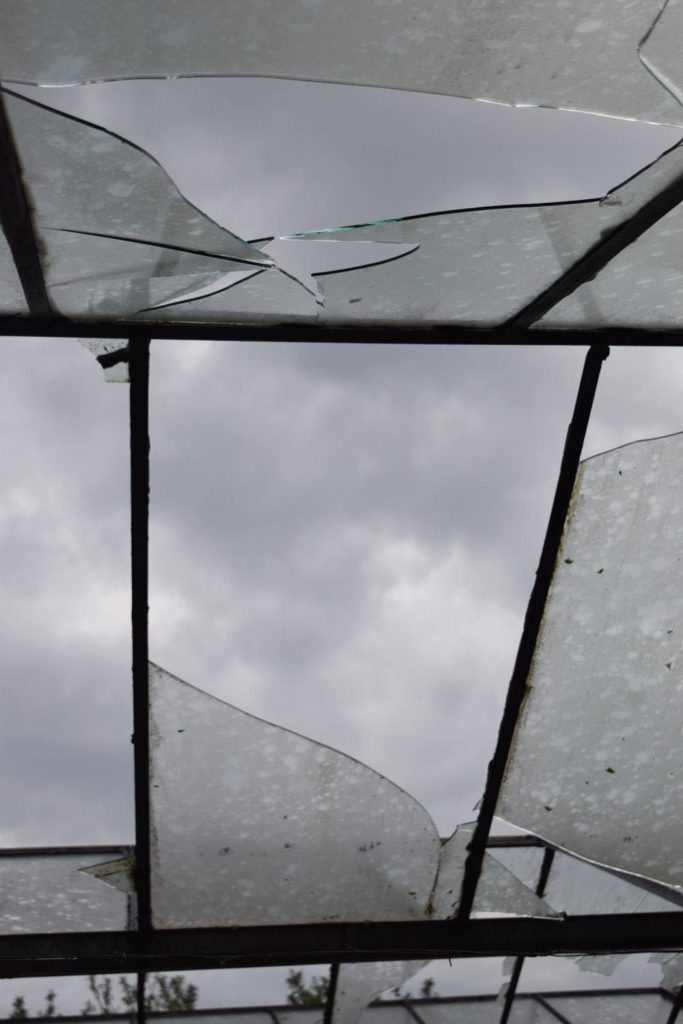 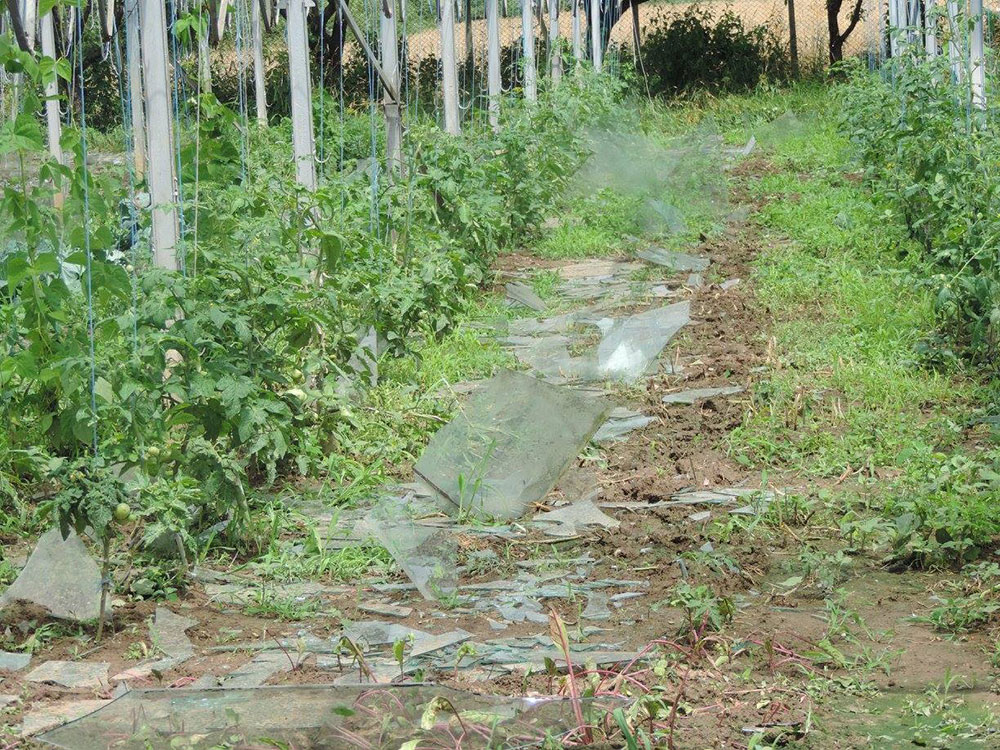 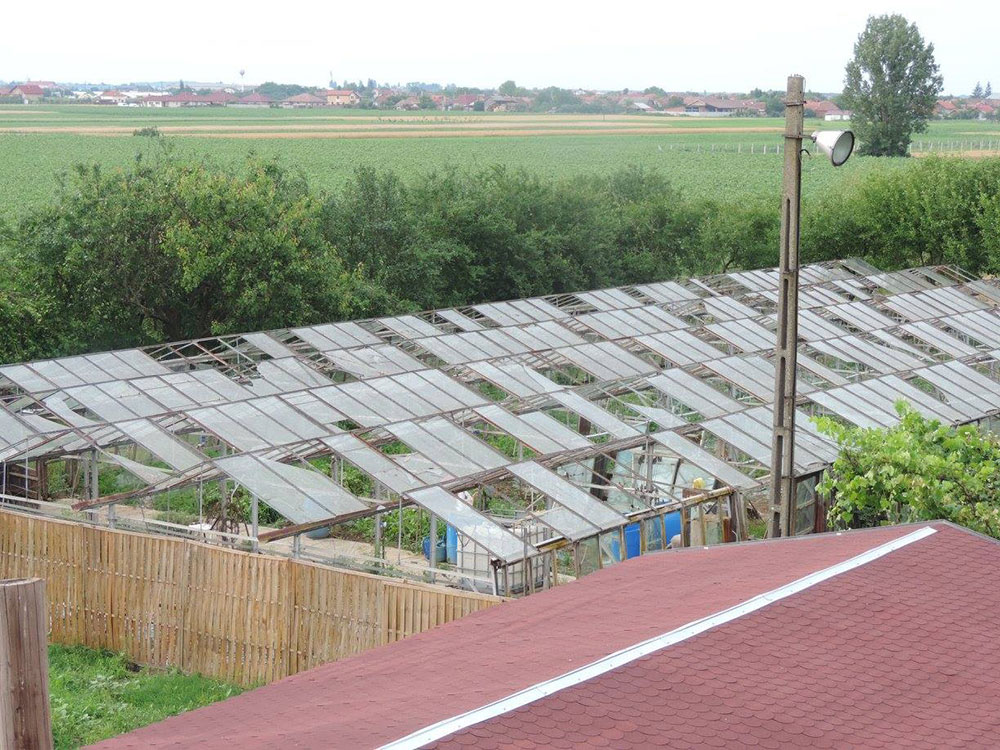 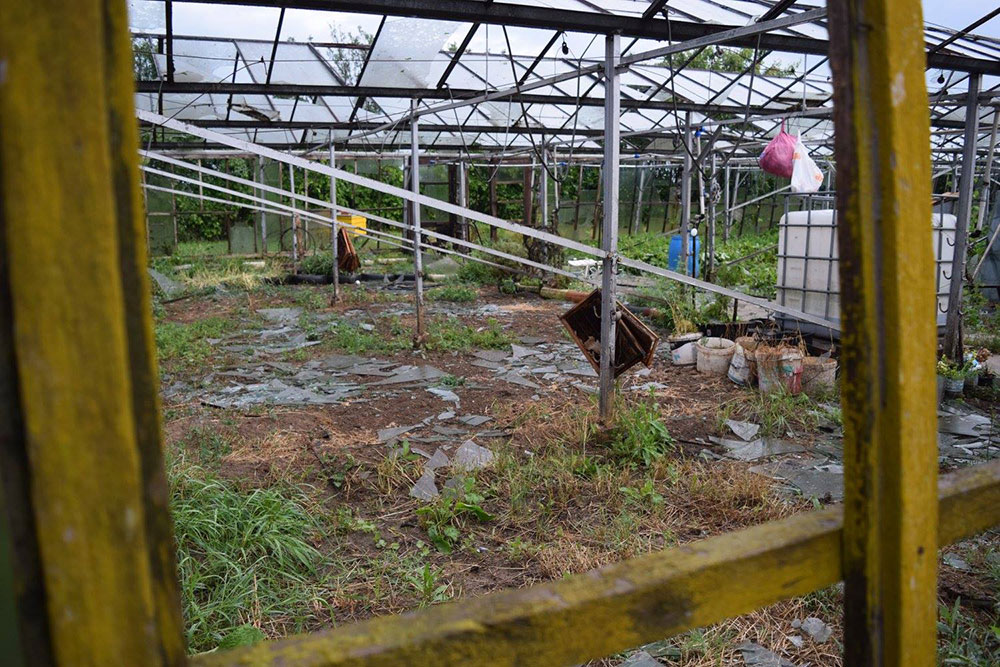 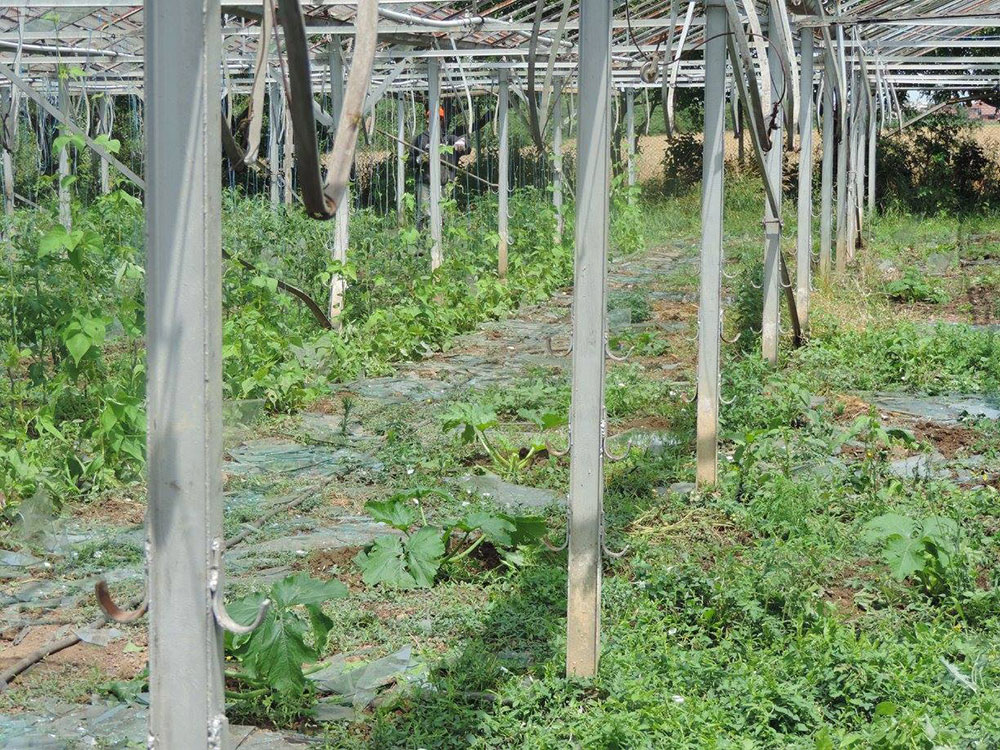